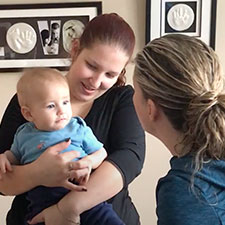 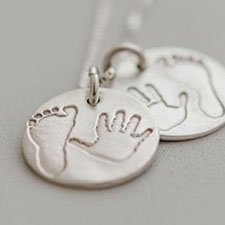 There’s nothing quite like the precious little hands and feet of your newborn baby.

There’s nothing quite like the precious little hands and feet of your newborn baby.

WP Creations is made up of a team of women supporting one another as entrepreneurs, artists, moms, and individuals, and we work with our clients directly to deliver the highest quality keepsakes available.

They may not stay that small forever, but our artists will help you hold onto those memories with a keepsake that you’ll be proud to display in your family’s home.

When Debbie Cornelius, our founder, decided she wanted to create a keepsake to capture a memory of her children for her husband, she did just that. Created something. Little did she know at the time, she had just planted a seed.

Wanting to capture her child’s hand and footprints, Debbie figured out a way to create impressions of them in bronze plaques.

When her keepsake caught on people would drive hours to see her to have one made for themselves. This is how her business
Pat-A-Cakes began. It quickly caught on as the perfect work at home opportunity for moms and in 2001, with a name change to Wee Piggies and Paws, it became an official National Franchise work-at-home opportunity. As popularity amongst moms increased, so did franchise owner expansion. The choice to franchise came from a belief of hers that if you are going to do something, you should do it right and give it all you’ve got!

Over the years, product development continued. Creating new ideas, new products, through trial and error, growth and learning, some products stayed, and some products went.

Wee Piggies and Paws became associated with beautiful 3D lifecasts, whether statues or as a shadowbox and up to this day they are one of our most cherished keepsakes.

Debbie and her company gained media attention, awards, widespread recognition. In no time, she needed a head office, partners and an entire support team!

As life happens, people evolve. There came a time when Debbie decided it was the best thing for her and her family to move on from Wee Piggies. Her business was her baby. Her baby was growing up and it was time for her to let it go. Knowing she was leaving it in the best possible hands, Debbie retired. Looking back, Debbie is so proud of how this business has grown, what it has developed into and mostly what it means to franchise partners and their families